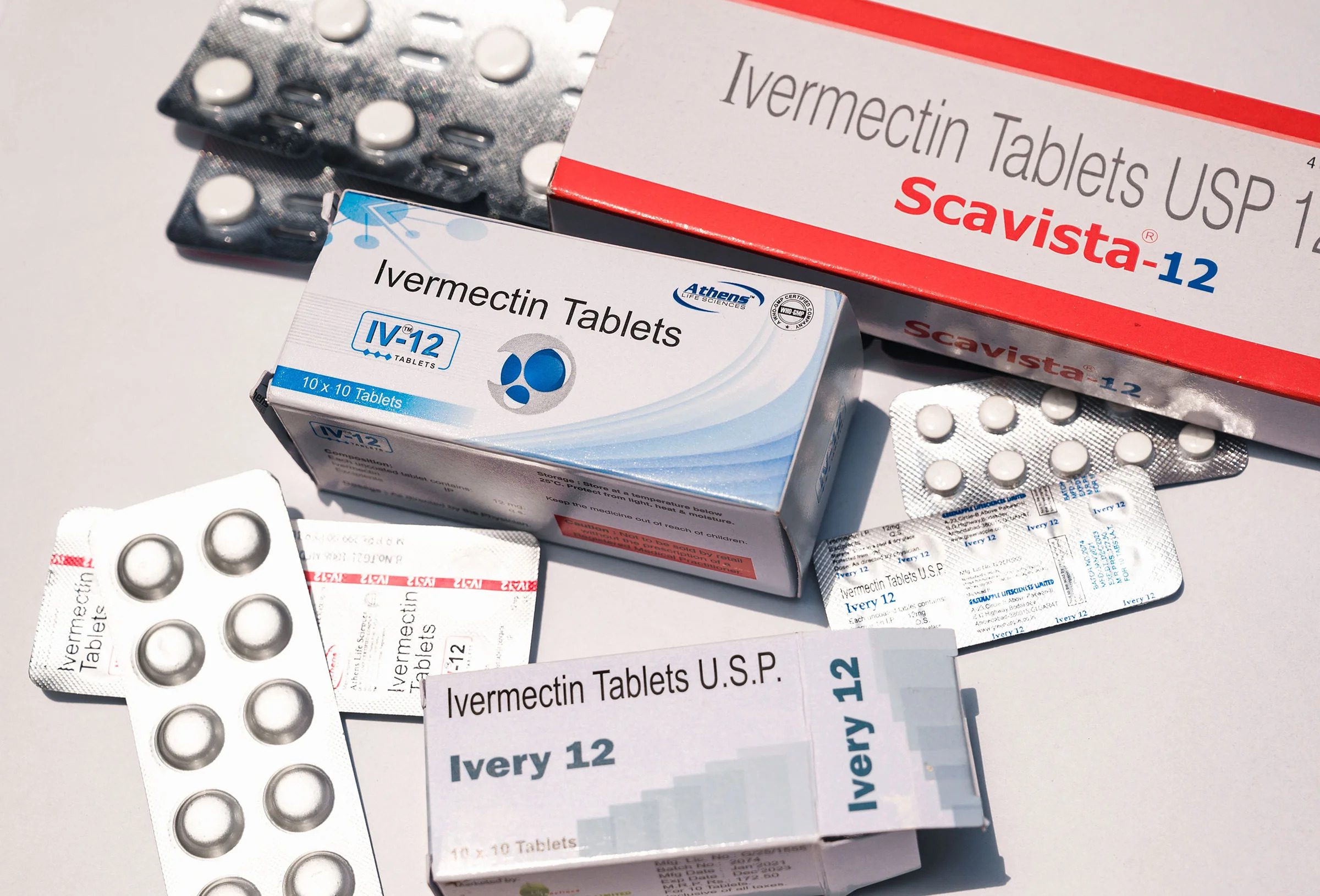 19 Feb Where Can Ivermectin Be Used In Medicine?

Ivermectin, an antiparasitic medicine, was first licensed in humans in 1987 to treat onchocerciasis, often known as river blindness, in poor people throughout the tropics, mostly in West and Central Africa, caused by the blackfly-transmitted parasite Onchocerca volvulus. Since it was initially used to treat onchocerciasis, its usage in humans has improved the nutrition, general health, and well-being of billions of people worldwide. Not only that, but ivermectin is used in veterinary treatment to treat billions of cattle and pets worldwide, assisting in the production of food and leather goods, as well as keeping billions of companion animals, mainly dogs and horses, healthy. In the last two decades, ivermectin alone has generated sales of more than $1 billion per year and is used by about 250 million individuals.

Ivermectin belongs to the avermectins (AVM) group, which is a group of 16-membered macrocyclic lactone chemicals found in 1967 in fermentation broths of actinomycetes cultures containing the fungus Streptomyces avermitilis at the Japanese Kitasato Institute. AVM family members include selamectin, abamectin, monoxidectin, and ivermectin (Figure 1), which all vary from the antibacterial and antifungal 16-membered macrocyclic lactones by having a bisoleandrosyloxy substituent at the C13 position. Ivermectin is the most often used AVM chemical, being a more powerful and safer semi-synthetic combination of the two AVMs 22,23-dihydroavermectin-B1a and dihydroavermectin-B1b, at a ratio of 4:1. Ivermectin has been used in agricultural, veterinary medicine, and aquaculture since 1981, and it is nematocidal, acaricidal, and insecticidal. Ivermectin’s antiparasitic effectiveness is not restricted to onchocerciasis; it is also effective against filarial infections caused by Wuchereria bancrofti, Brugia malayi, Loa loa, Mansonella perstans, and Mansonella ozzardi. It also kills parasites in the gastrointestinal tract such as Ascaris lumbricoides, Strongyloides stercoralis, Enterobius vermicularis, Trichuris trichiuria, and Ancylostoma duodenale. Furthermore, it is used in the treatment of trypanosomiasis, malaria, leishmaniasis, scabies, and head lice. Ivermectin, like the other AVMs, affects the activation of -aminobutyric acid (GABA) receptors or glutamate-gated chloride ion channels (Glu-Cl) in parasites and helminths, blocking the communication between neuron and muscle.

GABA-sensitive neurons in mammals are protected by the blood-brain barrier (BBB) within the central nervous system (CNS), shielding vertebrates from the potentially damaging consequences of AVMs. A subpopulation of collie dogs with defective function of the multidrug resistance (MDR) protein (commonly a 4-base-pair deletion of the mdr-1 gene that results in a stop codon), which is an integral part of the BBB and functions as a drug-transport pump in the BBB, has increased neurotoxicity to ivermectin. Invertebrates, on the other hand, are dose-dependently vulnerable due to the broad allocation of Glu-Cl channels, and ivermectin causes the opening of GABA-regulated Cl- channels, resulting in a Cl- inflow. The ensuing hyperpolarization prevents PAK1 from phosphorylating the regulatory light chain of myosin II, resulting in paralysis of somatic muscles with accompanying uncoordinated movement, malnutrition owing to pharyngeal pumping inhibition, and death. Although ivermectin has a 100-fold affinity for the parasite compared to the mammalian brain, ivermectin activity is primarily limited to the microfilariae stage of Onchocerca volvulus since the macrofilariae form does not require pharyngeal pumping to survive. With only two weeks of ivermectin therapy, the rate of reduction in microfilarial worms is close to 98 percent, and the impact is maintained for the following 12 months.

In humans, the most often used dose of ivermectin for onchocerciasis, strongyloidiasis, and enterobiasis is 150 to 200 g/kg, whereas higher doses of 400 g/kg are utilized for lymphatic filariasis. It is worth noting the publication of a clinical experiment on the use of ivermectin for patients with spinal injury and muscular spasms, in which the medicine was administered subcutaneously up to 1.6 mg/kg twice a week for 12 weeks.

This chemical is harmless in ruminants, pigs, and horses, as well as in the majority of dog breeds. Ivermectin’s acute toxicity has been studied in a variety of animal species. Toxicity symptoms in rats and mice were comparable following oral and intraperitoneal injection, including ataxia, tremors, and decreased activity. Ivermectin at dosages of 0.4-0.8 mg/kg in mice, 10 mg/kg in rats, and 3-6 mg/kg in rabbits increased the incidence of cleft palate in the early stages of development, but it was not deemed embryotoxic because the frequency of abnormalities was extremely low. Its hazardous effects have been linked to its interaction with P-glycoprotein, which restricts its entry to the CNS. The lack of this protein causes ivermectin buildup in the brains of transgenic mice that do not express it. Finally, no adverse effects were seen in adult Rhesus monkeys given 1.2 mg/kg daily for 16 days.

There have been multiple toxicity findings on ivermectin in various species. The lethal dosage 50 (LD50) in mice was found to be 25 mg/kg taken orally, with a human equivalent dose (HED) of 2.02 mg/kg. When this chemical is delivered intraperitoneally to mice, the LD50 rises to 30 mg/kg (HED 2.43 mg/kg). The fatal dosage for rats is 50 mg/kg orally (HED 8.01 mg/kg) and 55 mg/kg intraperitoneally (HED 8.91 mg/kg). It is 406 mg/kg in rabbits when applied topically, and 80 mg/kg in dogs when provided orally (HED 43.24 mg/kg). Clearly, the higher the phylogenetic scale, the lower the toxicity of ivermectin. These findings are consistent with those of a review study on avermectin toxicity (14 on suicidal attempt). In this retrospective study, 15 individuals were poisoned by oral consumption after being exposed to abamectin and one to ivermectin. With a mean intake of 23 mg/kg (range: 4.2-67 mg/kg), four were asymptomatic and eight reported minimal symptoms. Following a mean intake of 100.7 mg/kg avermectin (15.4 mg/kg for ivermectin and 114.9 mg/kg for abamectin), seven individuals had severe symptoms, including coma (seven), aspiration with respiratory failure (four), and hypotension (three). All seven patients got extensive supportive treatment; one died 18 days later due to multiple organ failure.

Because its targets are limited to the CNS, ivermectin is thought to produce modest levels of toxicity in humans. Indeed, most patients treated with ivermectin experience minimal adverse effects other than those induced by the parasite’s immunological and inflammatory responses, such as fever, pruritus, skin rashes, and malaise, which develop within 24-48 hours of therapy. Moderate symptoms such as arthralgia, disorientation, fever, skin edema, dyspnea, and hypotension may be attributable to the patient’s microfilarial load rather than the inherent toxicity of ivermectin. There have been reports of encephalopathy in patients co-infected with onchocerciasis and lymphatic filariasis after 48 hours of ivermectin treatment, but this is thought to be due to an obstruction of the microcirculation of the brain caused by the accumulation of dead or paralyzed parasites, which leads to brain embolism.

Finally, the large number of patients who have been treated with ivermectin demonstrates that it is a safe and well-tolerated medicine. Aside from the immunological and inflammatory reactions evoked by dead or dying parasites, there are sympathetic symptoms associated with ivermectin poisoning, such as tremors, mydriasis, sialorrhea, motor incoordination, and coma.

Drug repurposing, drug redirection, or drug reprofiling is the discovery of new applications for existing medications. Because such medications have well-known formulation development, in vitro and in vivo screening, as well as pharmacokinetic and pharmacodynamic characteristics, this technique reduces both development risks and costs, as well as safety-related failure. Furthermore, many medications’ first clinical phases have been completed and may be skipped, saving many years of development time. As a result, medication repurposing has the ability to shorten the entire process by 3-12 years, and the possible recycling of molecules towards a new use is an appealing prospect for patients in need. The importance of medication repositioning in research is evidenced by the fact that there have been over 500 articles published on the subject since its initial publication in 2004, at least in PubMed. However, the bulk of repositioned medications were identified prior to the initiation of systematic attempts in 2006 to find pharmaceuticals with possible new uses, implying a chance discovery. Other methods for identifying molecules with repositioning potential are informed insights and platforms that have been built to detect in silico repositioning prospects. Furthermore, with the recent formation of the Drug Repurposing Hub, an online repurposing library that systematically categorizes a collection of clinically tested compounds from existing databases, it is now possible to easily search and view drugs based on their clinical status, drug indications, or mechanism of action, allowing for the rapid identification of agents for further evaluation.

Significant attempts have been made to reposition cancer drugs. Pantziarka et al. recently summarized this subject. They describe at least 235 non-cancer pharmaceuticals with demonstrated antitumor activity in vitro or in vivo, including 67 (29%) on the World Health Organization’s (WHO) list of essential medicines and 176 (75%) off-patent. In cancer patients, 133 (57%) had human data. Clinical recommendations specified four medications: thalidomide, all-trans retinoic acid, zoledronic acid, and nonsteroidal anti-inflammatory medicines (NSAID). In randomized studies, at least three medications have demonstrated a survival benefit: cimetidine (colorectal cancer), progesterone (breast cancer), and itraconazole (lung cancer). A few examples of drug-target network analyses show that simvastatin and ketoconazole are both anti-proliferative compounds in breast cancer, while gene expression profiles indicate that topiramate can be used to treat small-cell lung cancer and sirolimus can be used to treat glucocorticoid-resistant acute lymphocytic leukemia. On the other hand, medications developed to treat cancer may also be effective in the treatment of non-malignant disorders. That is the case with histone deacetylase inhibitors, which are licensed for T-cell lymphoma but are also potential candidates for malaria, leishmaniasis, and trypanosomiasis.